My Out Of Body Experience!

My Out Of Body Experience!

Just before I turned 21 my wonderful dad passed on. My sister and I went over to Canberra to wish him a safe journey and sort out his affairs. It was one of the toughest times I’ve experienced because I looked up to him for so many things in life and loved him so much. Writing this I have a tear of gratitude for the amazing man that he was. We had a couple of amazing friends supporting us at that time.

We took a trip to Sydney and had a night out. We went to see a band called D.I.G. (Directions In Groove) at the well known Sydney venue The Basement. What happened that night was so surreal for me and forever burned into my memory. I was sitting there watching this amazing Acid Jazz band. They sounded like jazz trained guys playing some serious funk! Being a keen young drummer I couldn’t take my eyes off the drummer who was playing with so much groove that I was happy to be wrapped up in it like a warm blanket.

Each time a change in the song came I was imagining what I would do if it was me playing; then he would play the exact same thing that was in my head moments later!! It was freaky! He was level Jedi Ninja Assassin and I was only level Grasshopper at the time so it was it was freaky to here him playing the beats and drum fills that were in my head, that I couldn’t even do yet, right before my eyes! My jaw was in my lap, again and again! 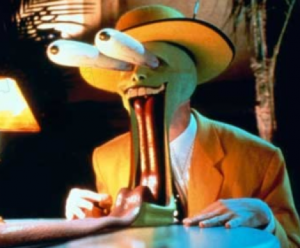 I filled up with inspiration until it overflowed and it gave me a feeling that we were connected in some way. It was the defining moment of my dream to someday play with him. His name is Terepai Richmond and he’s got more groove than you can stuff in a shoe!

A number of years later he was in Perth for a show with The Whitlams and was doing some drum lessons at the local Drum Shop. I signed up for a double lesson with bells on! It turned out that we both had a love of surfing in common so we struck up some conversation about the great waves in Indonesia we had surfed. From then on I went to see him play each time he came to Perth. I did my best to stay in touch with him whilst trying not to come across as too much of a stalker!

12 years later, as fate (and a little persistence) would have it; he agreed to record some of my songs with me in the studio and perform together at the launch of my second EP. It was a dream come true getting to play with my all time drum hero! He has toured and recorded with the likes of Missy Higgins, Delta Goodram, Guy Sebastian, Pete Murray and Jeff Martin to name a few.

Before I played with Terepai I did a recording called ‘Lets Play’. As a  thank you for being one of my subscribers I want to give you the title track for free – no strings attached.

Roy Martinez, well know as one of the greatest bass players in Australia and certainly in the city of Perth where I live; joined forces with Terepai to deliver the rhythmic backbone for 6 tracks on my debut album Rise & Shine. And one dynamite hec of a backbone they made! I had to pinch myself because somehow I had managed to have two of the country’s best players on my first album. Say wha?!!

I have a big grateful space in heart to my dad for guiding me in the direction that allowed that connection to unfold all those years ago and that dream to become reality. And if he heard the tracks on the album that was born as a result of that encounter I think it would make him proud.