In order to share music with a message of personal empowerment and the idea that doing what truly inspires you is your ideal path in life; that requires some heart felt players and great people. Which is indeed what as a song writer I certainly found in Roy Martinez and Elliot Jebb. We have a personal connection and a congruency in our views on life which somehow makes playing music together melt into something really special. 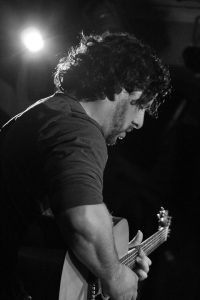 JULIUSGuitar / Vocals
Growing up on an inspired diet of Jimi Hendrix, Stevie Ray Vaughan, Rage Against The Machine, Chilli Peppers, Ben Harper and John Mayer to name a few; Julius has always loved writing music with earthy grooves and lyrics that have something important to say. Having always most loved the Three piece format of a band finding Roy and Elliot to help him express the songs he had written was a combination made in heaven. 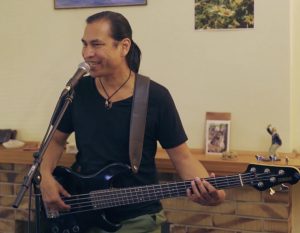 ROYBass / Backing Vocals
Starting out as a kid playing classical piano Roy has a highly respected and deep sensibility for all aspects of music. He is also a beautiful guitar player and a producer amongst his bag full of talents. He picked up the bass when no one else would in his first band as a school kid playing soul, funk and Motown classic. That gave him his very phat and full sense of rhythm and groove. He is endlessly passionate about music and his lifetime of performing and recording on so many great artists albums has made him one of Australia’s best players. 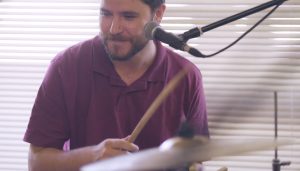 ELLIOTDrums / Backing Vocals
Elliot is a warm and wise soul with a dedication to music that has seen him reach great heights in his playing. His humble approach allows him to sit into Julius’ song writing style with calculated comfort. With his thirst for knowledge and deep love for this art he never strays far from his drum kit and evolves as a player and person every year without fail.

“We have all grown up in Perth, Australia, whilst Roy is originally from Singapore. Having my mind blown watching Roy perform as I was coming up through the Perth music scene I never actually thought one day I would be playing together with him. Eventually one day a friend convinced me to ask him if he would play at My ‘Lets Play’ CD launch in 2008 and much to my surprise he said yes. From then on our friendship and time performing together has grown and grown.

Elliot actually attended the school that I have been teaching at for many years now. The year he finished high school is the year I started teaching there so that was our first encounter of knowing each other; neither of us suspecting that many years later we would become close friends and perform music together! He was a great player even back then and to be honest I didn’t really teach him anything that year that he wasn’t already working on himself. After asking a colleagu in the music industry who I could use for a drummer one time they suggested Elliot and I thought “I know that guy!” So we joined forces and I have appreciated his kind, reliable and open demeanour being around ever since.

Once we all came together it was a match that came together effortlessly. Because of our musicianship but mostly because we all just got on so well together. We have done a few tours together and they were the times we really got to know each. There was never a dull conversation on the long drives. Whether it was about spirituality, aliens, music, movies or strange doco’s we had recently seen; it was always fascinating and fun to compare notes about subjects that made for some amazing road stories! And then top it off by having so much fun performing together.”

“As a teenager I fell in love with the power of a trio from listening to Jimi Hendrix, Stevie Ray Vaughan and others. From then on I always knew one day I would have one of my own, and ever since my first band, playing as a trio has always been my favourite format.”

Pics below, from left to right :

Laying down some percussion for ‘Clouds’. Doing some live looping performing solo in Margaret River. Roy and Julius recording the rhythm tracks for a WA artists album. One of the many good times we’ve had on stage.